It Was Meant to Bee After All

I didn’t talk about it on here, but last fall, I lost both my hives. I was pretty upset about it because they had been looking so good. But just one day I noticed that there was less and less activity at the entrances and then slowly, one day there was none. For a long while I didn’t even walk over to that side of the yard or deal with the empty boxes because every time I saw them I just thought, ‘Failure’. Unfortunately I found council with many other local beekeepers. It seems many people lost many hives this fall and winter. I was able to harvest a wee bit of honey, but the rest of the frames I left as a big mess for me to clean up ‘someday’. 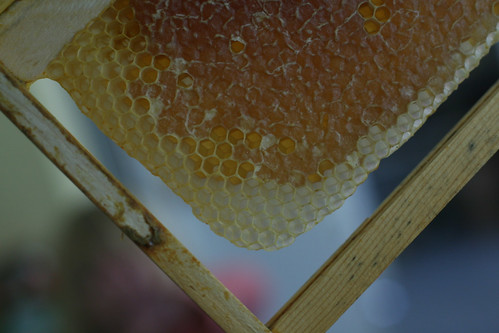 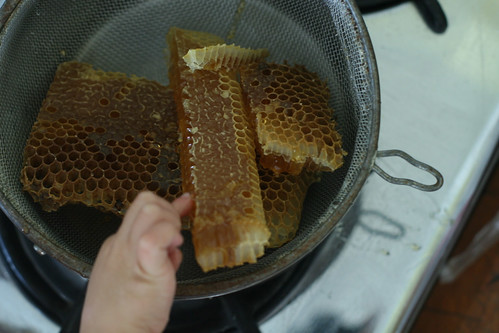 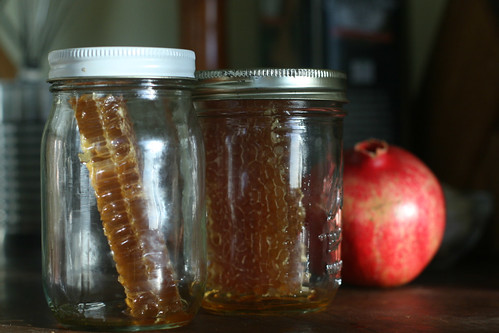 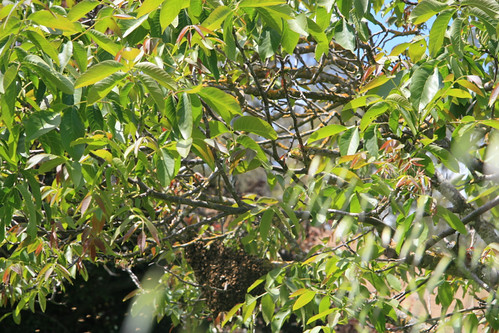 Well ‘someday’ turned out to be Sunday. I had debated all winter whether or not I was going to jump into this endeavour again or not this spring. I didn’t want the possibility of dealing with another failed hive at the end of the season and frankly, I was open to having a break from hot summer hive inspections. But I had already invested so much in all the equipment and I didn’t want to lose what little knowledge I had gained in the last two years. Last Friday, right before we left for a week’s vacation, I laid in bed early in the morning and told Scott, ‘If I want to do bees this spring today is my last day to clean everything up and get ready. Should I really do this?’ Then I checked my email and a local beekeeper emailed that if I wanted bees, I better let her know. I took that as a sign, as I’ve never received one of her emails before. Still, the day got too crazy prepping for Easter and vacation and I let it go. We left for the coast and I tried to make peace with my decision. 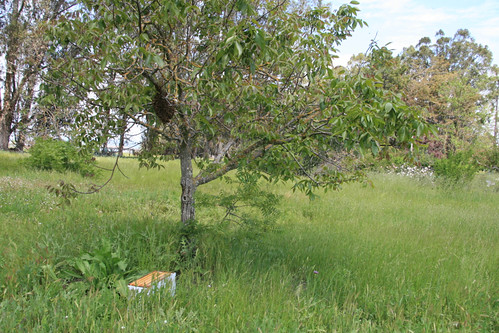 Then yesterday, fresh back from vacation, Scott and the boys were out gardening when they came running in telling me to get my bee gear on, there was a swarm in one of our walnut trees. ‘I guess this is really meant to be this year!’ I thought and quickly made some simple syrup (to entice them) and got geared up and a swarm box ready. We got it all set up under the bees and realized I would need Scott’s help. He’s always taken a step back from my beekeeping shenanegans and let it be ‘my thing’. But as always, when things get sticky, he’s always ready to step in and help me. So we went in to get him changed and get a veil on. When I went back out there they were gone! And I heard a holler from my beekeeping neighbor, Michelle, over the fence saying, ‘They’re over here Kendra!’ We put the kids in front of a movie and ran next door. 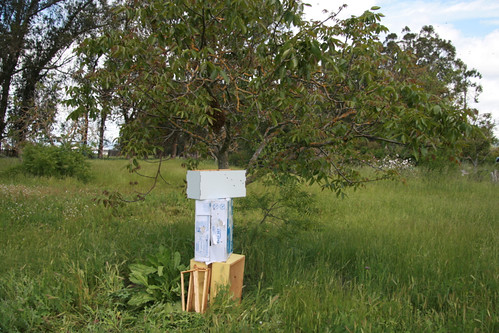 The swarm had collected along the side of her wine barrel and started to go underneath into a mouse hole (a few mice ran out, they wanted nothing to do with that action!). The decided action between the three of us was that I would just go over and scoop up the buzzing bees with my gloved hands and put them in the box. Easier said than done! Approaching the swarm, it felt like I was running into a brick wall of fear. Ever since my experience getting swarmed on the side of the highway last year, my bee fear has increased quite a bit. Before I would calmly do my hive inspections glove-less, now I wear them with a racing heart. I pushed through and using Michelle’s bee brush I did my best to get some in. Scott did his best too despite being stung many times in his hands. (gardening gloves do not pass as bee gloves!) We could do nothing more at that point but let bees to sort things out, would they go into the swarm box on their own or choose the mouse hole? We hopped back over the fence and started scraping and torching frames and boxes. Michelle later saved the bee day, but going out that evening when they were calmer and and scooped the rest into the box.

Monday morning I went and picked them up in my wheelbarrow and moved them into their new home. And just like that, the apiary is back in business. Hours later I went to go check on them and they were happily buzzing around. It makes me feel good to know we have them back with a blooming apple tree right in front of them and many Cotoneaster just about to burst open. It feels like the ol’ homestead is complete again.

10 responses to “It Was Meant to Bee After All”